Join others who state they own this card.

AARP Credit Card is a card issued by Chase, offering great benefits to its holders. You will get a 3% cash reward for purchases in restaurants and gas stations and 1% reward for all other purchases. Even more, if you spend $500 in the first 3 months after you open your account, you will get a bonus of $100.

- You get $100 bonus after spending $500 on purchases in the first 3 months after you open your account.
- You also get 3% rewards on restaurant and gas stations purchases and 1% on other purchases

Happy to have this card

AARP Credit Card
Monday, April 11, 2016
★★★★☆
“ Quite a good one! My only problem is that I would prefer the 3% cash rewards to target not only restaurants and gas stations...What if someone doesn't own a car and eats at home? Would be much better to get such discounts for instance for grocery shopping”
- Michael

AARP Credit Card
Saturday, May 14, 2016
★★☆☆☆
“ It seems a great deal at the beginning with the cash rewards and bonuses and all, but it's definitely not the most generous offer you can get”
- Claude

Good Card For the First Year

AARP Credit Card
Monday, January 8, 2018
★★★★★
“ AARP is a card that is associated with many different programs. This time however, Chase banking is bringing you the AARP card. If you’re someone who eats out a lot or does traveling enough that you’ll be spending a lot on gas, then this might be the card for you as it offers three percent cash back. Even if you’re not, then you’ll still earn at least one percent on all other purchases when you use this card. For anyone who spends at least five-hundred dollars in the first three months that you get the card, AARP will make a deposit in your account for one-hundred dollars. One thing that makes this card ideal is the low fees on payments that are late. If you don’t have a lot of money in the account, then your late fees are relatively low in comparison to those who might have more. Unlike some other credit cards that charge a monthly fee, this card doesn’t come with one which means you get to keep more money in your pocket. Better yet, there is no APR during your first twelve billing cycles which when combined with the lack of monthly fees, you’re really saving a lot of money. However, the downside to that is if you plan on keeping this card for the long haul after that, you’ll be paying out almost 17% in interest.”
- Sophia
Show More Reviews

Recently Compared With (by users) 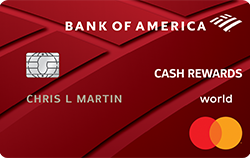 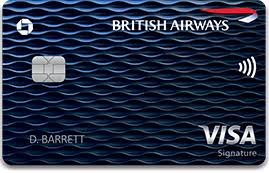